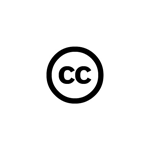 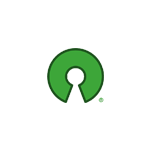 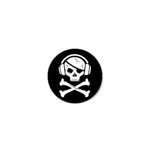 Remix verb (used with object), remixed, remixing. 1.to mix again. 2.to mix and re-record the elements of (a musical recording) in a different way. noun3.a remixed recording. Although in theory producers and DJs usually have permission to remix a recording, in reality, in many countries there are thousands of amateurs remixing their favourite songs and, although they are usually infringing someone else’s copyright, in places like Brazil, for example, the remix culture is widely accepted as it is seen merely as free

END_OF_DOCUMENT_TOKEN_TO_BE_REPLACED

One of the most common criticisms against the music industry when it comes to piracy, is that the gatekeepers* of the pre-Napster era failed and continue to do so when it comes to modern business models. When Napster launched, record companies had recently ceased to sell singles (one-song CDs, often accompanied by one or two bonus tracks and usually costing

END_OF_DOCUMENT_TOKEN_TO_BE_REPLACED

One of the main issues with the Copyright Law today is the length of the term until a piece of work falls into public domain: 70 years AFTER the death of the copyright holder. Some claim that it is too long a term and that it hinders creative repurpose of older works. Below is a fantastic video by Grey that

END_OF_DOCUMENT_TOKEN_TO_BE_REPLACED

“A generation […] is being raised to believe that “property” should be free” (Lawrence Lessig in “Free Culture”) “We need to understand how kids who grow up digital think and want to learn…we are building a legal system that completely surpasses the natural tendencies of today’s digital kids” (John Seely Brown, chief scientist of Xerox Corp.) Until fairly recently there was a growing

END_OF_DOCUMENT_TOKEN_TO_BE_REPLACED

Copyright is an Intellectual Property Law that grants creators the right to distribute and commercially exploit their work. It is argued that, without copyright, people would have no financial incentive to create, which would jeopardise the cultural well of the world. However, even if fairly recent, the laws of copyright have not developed and evolved within the same pace as technology

END_OF_DOCUMENT_TOKEN_TO_BE_REPLACED

More on © by the same author: